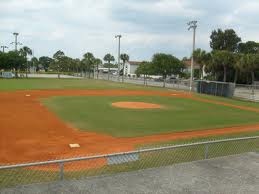 Boos rained down as the strike three call was made; the bat never moved. 12-year-old Billy Tompkins stood at the plate in disbelief giving the umpire, Bo Washington, the dirtiest look he could muster.

The pitch was a perfect inside corner strike to end the game and send the winning team into the playoffs.

Billy’s mother stood just behind the backstop, shouting obscenities at Washington for what she viewed as the worst call in the history of baseball.

“What are you blind? You don’t deserve to call at this level! Every time we get some hack like you behind the plate!” Mrs. Tompkins could be heard shouting over the cheers from the opposing team’s stands.

Upon attempting to leave the field, Billy’s father met Washington at the gate where he had some choice words before taking several swings at the umpire.

After being released from jail later that day, Mr. Tompkins spoke with Tribune Herald about the incident.

“The guy had a horrible strike zone all day, he was hot and just ready to go home, calling anything that he could a strike.” Checking of the books showed that the two batters before Billy had been walked.

“If it would have been me out there I would have had to bring my nine iron!” he continued. “Now because of his bad calling Billy won’t be going to the majors, and this is unacceptable. I can guarantee that this will go before the board and he will never ump another game in his life! He out and out cheated for the other team!”

The strikeout is sure to harm the future slugger’s career, dropping his average to .217 on the season. There is word though that he may have a future with the Anaheim Angels as Josh Hamilton bats a .216 average this year. According to sources from within the Angel’s organization, they’re in talks with the Tompkins in what they hope is a fruitful endeavor to waste another $17 million.

By: George M. Spooner
George may be contacted via email at tribuneheraldnews@gmail.com